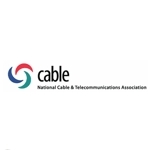 The National Cable & Telecommunications Association, the cable industry’s main lobbying concern, is urging the FCC to revamp Universal Service Fund rates and spending, claiming “that as much as $2 billion in government funding is being used to subsidize telephone companies in rural areas where ample competition already exists.”

Intended to promote broadband deployment and adoption in underserved and rural areas, the USF is outdated and unfairly subsidizes rural serving incumbent local exchange carriers (ILECs) at the expense of unsubsidized carriers entering these markets, the NCTA argues in a petition for rulemaking.

“The existing program no longer reflects today’s marketplace in which consumers have the choice of unsubsidized voice providers, including cable voice service, throughout much of the country,” says NCTA. “The USF program operates as if nothing has changed since 1996.  Even as millions of Americans take service from facilities-based wireline competitors, and millions more decide they no longer need wireline voice services at all, the Commission continues to provide billions of dollars of support for wireline voice services.  The total size of the federal USF program, and the resulting burden on consumers, continues to escalate at a staggering rate.” They obviously have an opinion, and not a favorable one, for the current program.

The NCTA goes on to recommend that the FCC establish a two-step process through which the Commission would reevaluate the level of USF support in any particular service area and by any particular aspirant to USF funds, based on the level of facilities based competition in any geographic study area.  “In geographic areas where adequate unsubsidized competition exists, providers only should be subsidized to the extent they can demonstrate that there are specific costs associated with serving the non-competitive portion of that study area that cannot be recovered from regulated and unregulated services,” the petition argues.

“The burden should be on the ILEC to demonstrate that the total cost of serving areas where it is the sole provider is greater than the total revenues that it potentially can generate from services sold to customers in that area,” the petition says.  “In cases where the ILEC’s rates have been deregulated, any claim that costs cannot be recovered should be subject to particular scrutiny.”

Savings from cutting back on USF spending in service areas where ample competition and service exists could then be redirected to funding programs that promote broadband deployment and adoption, the NCTA argues.

The NCTA’s petition for rulemaking illustrates the pending battle over USF reform will be contentious. There will be a variety of new, different, and influential players weighing in on USF reform, almost ensuring the status quo will be unsustainable.