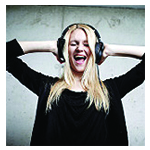 The shift from buying and owning to accessing music via digital subscription services has caused one of the biggest shake-ups in the recorded music industry’s history. No music subscription service is anywhere near breaking even, however, Ovum highlights in ¨2016 Trends to Watch: Music,¨ which was released January 18.

That said, the need for scale supersedes profitability at this point in the music industry’s evolution, report author and head of Ovum’s Music Practice Simon Dyson writes in a blog post. “The recorded music sector of yesterday is quite simply that, a bygone era that is being swept away by shiny new industry players.”

“Music retailers will never sell as many CDs or downloads as they did last year and so services along the music value chain that want to be part of this rapid evolution in recorded music must simply embrace the change and make access work for their business.”

Consumer spending on music subscriptions is up, but Ovum doesn’t expect to see any growth in overall spending on recorded music this year. Retail recorded music sales will slip 0.5 percent for full-year 2015 and drop another 0.2 percent in 2016 Ovum forecasts.

Consolidation
Ovum expects to see consolidation in the music industry, including casualties as well as acquisitions among streaming music subscription services. The market is too crowded, Dyson notes, with providers offering what amounts to the same product to a limited number of customers.

“The shift from music ownership to access is not an overnight proposition and consumers will take their time to change the habits of generations,¨ Dyson writes. But subscription offerings remain the recorded music industry’s “best bet for returning consumer spending to levels not seen for more than 15 years,” he says.