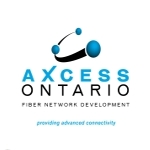 Upstate New York-based Axcess Ontario has announced that it has signed an agreement to sell its open access fiber optic network ring to Empire Access, a broadband service provider that has purchased connectivity from Axcess Ontario on a wholesale basis. The municipal network sale will enable the network to expand, the seller and buyer said.

Sean Barry, CEO of Axcess Ontario, said in a press release that the sale is “the next step to ensure continued growth of the network.”

Empire Access COO Jim Baase referred to the Axcess Ontario network as “a great foundation to build out from.”

Axcess Ontario Municipal Network Sale
Axcess Ontario is a public benefit non-profit corporation that has operated a fiber ring in New York’s Finger Lakes region since 2005, according to the company. The corporation does not sell service directly to end users but instead sells connectivity on its 200-plus-mile fiber ring to retail service providers including Empire Access, who sell to end users.

Empire Access started out as a local telephone company serving Prattsburgh, N.Y. in 1896. Since then it has expanded geographically and expanded the range of services that it offers. In 2015, the company launched gigabit service in Naples, N.Y., a town with a population of just 1,020. That launch was made possible by connectivity purchased from Axcess Ontario.

In phone interviews with Telecompetitor, Barry and Baase said Axcess Ontario currently has no more than a dozen wholesale customers. According to Barry, some only pass through the area and do not offer service to end users there. Baase said Empire Access will honor existing contracts and will continue to offer connectivity to other network operators on the Axcess Ontario network.

Municipal networks such as Axcess Ontario often get started when local residents are unable to obtain competitive broadband services from existing service providers. But since operating fiber networks is not a core competency for municipalities, it’s not surprising to see a deal such as the one between Axcess Ontario and Empire Access after the network has operated for several years.