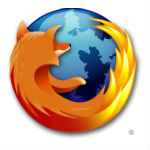 When it comes to ultra-high-speed broadband, many people believe that if you build it, they will come. Others say people are more likely to come if they have a good idea in mind of what they want to do with the connection.

Mozilla seems to be firmly entrenched in the second camp, as evidenced by its launch last week of  a $300,000 Mozilla Gigabit Community Fund. Mozilla said it will partner with the National Science Foundation and USIgnite to award funding to as many as 20 projects leveraging high-speed networks in Chattanooga and Kansas City.

According to a Mozilla blog post, the fund aims to “bring discoveries out of the lab and into the field to help move prototypes to Minimum Viable Pilots and get tools in the hands of users.”

US Ignite, launched in 2012, is a non-profit organization that aims to identify “transformative” high-speed broadband applications. Funding for US Ignite comes from tech and telecom companies including Juniper, NEC, Cisco, AT&T, Verizon, and Comcast, as well as Mozilla.

The National Science Foundation and several other government departments including the Department of Energy and the Department of Defense have been working with US Ignite since its inception. Some US Ignite-funded projects use government resources such as the Global Environment for Networking Innovations (GENI) network that interconnects universities with ultra-high-speed programmable networks.

US Ignite previously has made cash awards to help further promising projects in a variety of U.S. locations. In addition, Chattanooga’s Gig Tank Day in the past has made cash awards for promising projects in that city, where a network supporting gigabit speeds to end users has been deployed. Kansas City also has a network supporting that type of connectivity.

The Mozilla Gigabit Community Fund will award up to 10 awards in Chattanooga and another 10 in Kansas City, with awards totaling between $5,000 and $30,000. According to a release about the Gigabit Community Fund from the National Science Foundation and Mozilla, software funded through the program will be open source.

Mozilla also said it will establish Hive Learning Communities in Chattanooga and Kansas City where organizations will be able to “collaborate around shared goals in digital learning . . . and economic opportunities.”