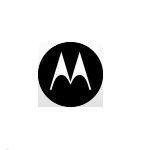 An inherent advantage of IPTV systems may be coming to a rural cable system near you. Motorola announced today a hosted solution for switched digital video platforms at the Independent Show.

Switched digital video (SDV) is a bandwidth saving solution, allowing video service providers to deliver only the channels being requested by their subscribers, rather than broadcasting the entire channel line-up to everyone on their system. The latter method is the traditional cable way, while the former method has been enjoyed by IPTV service providers for some time. It had to be, because despite the promise of FTTH, most U.S. IPTV service is still delivered over bandwidth challenged DSL. Most IPTV providers do not have the bandwidth to do the traditional broadcast method (although its getting better as more and more telcos roll out FTTH).

Now cable operators, in an effort to reclaim bandwidth for other services, including VOD, HD, and soon 3D, see switched digital video as desirable as well. One SDV challenge for smaller operators, both cable and IPTV is the cost, both CAPEX and OPEX. Even though you only deliver the channels requested, you still have to build (and maintain) the headend with those expensive encoders for each channel. Hence the hosted model being offered by Motorola.

“The hosted SDV solution will enable independent operators to achieve the same bandwidth efficiencies from SDV as their larger MSO counterparts who have onsite SDV operations,” says Motorola in a press release. The idea is to lower the infrastructure costs for SDV for smaller operators by, in effect, moving it ‘into the cloud.’ I know Motorola and some partners are working on a similar hosted solution for smaller IPTV players as well.

Many believe SDV is step one for cable operators to make the transition to a full IP architecture, removing some of the competitive advantage that IPTV now offers telcos. That transition will take a while though, and hosted SDV is one step along the journey.