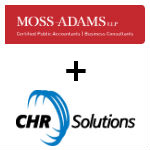 Moss Adams LLP’s plan to acquire the regulatory compliance and financial consulting portion of CHR Solutions, announced yesterday, will bring together two key suppliers with a strong focus on the Tier 3 telecom market.

Moss Adams is one of the largest accounting and business consulting firms in the nation – and its communications and media practice has a strong rural telco client base. CHR’s consulting practice specializes in regulatory and financial consulting, also targeting the small telco segment.

Moss Adams’ CHR Acquisition
“This combination provides us with the opportunity to expand our services and grow the operational footprint,” said Clay Sturgis, leader of the Moss Adams Communications & Media Practice, in a press release about the acquisition. “Many of CHR’s consulting services are complementary to our existing financial and regulatory consulting practice, and… we’ll also be able to provide additional value to our clients through new services such as network provisioning and operational consulting.”

CHR’s consulting services include cost separations, revenue assurance, business continuity and disaster recovery, state and federal tariffs, merger and acquisition support, loan and grant application assistance and market analysis and feasibility studies. CHR is based in Houston and also has resources in Washington DC. Of the Washington resources, Moss Adams Communications & Media Practice partner Chad Duval said “Operating in a major decision-making hub for the communications industry provides better access to the Federal Communications Commission, helping us to move and adapt quickly with regulatory changes, which in turn allows us to better serve our clients.”

Apparently CHR’s Washington resources are not full-time employees, however, as yesterday’s press release notes that beginning next month, all full-time members of CHR’s regulatory and financial consulting practice will work from Moss Adams hubs in Austin and Dallas.

Moving Forward
After the deal is completed, CHR will continue to focus on its core businesses of telecom billing and operations software and services, engineering, business process outsourcing and managed IT and telecom services to communications service providers.  Some service provider customers are outside the U.S., the announcement said.

The Moss Adams/ CHR deal calls for CHR’s senior vice president of the regulatory and financial consulting practice Jo Shotwell to join Moss Adams. In yesterday’s release, Shotwell said “CHR and Moss Adams are compatible firms with many shared business ideals and goals, and we couldn’t ask for a better partner in this combination.”