Home » Moffett: Cablecos Should Impose Usage-Based Pricing; But Can They? 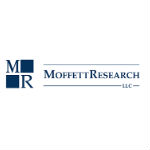 Cable companies will have an increasingly dominant position in the broadband market moving forward – but they soon may be compelled to move to usage-based pricing, said Craig Moffett, an influential financial analyst focused on the communications industry, on a conference call with media and investors today. Moffett recently left Bernstein Research to set up his own company, Moffett Research.

Cable companies offer the highest broadband speeds throughout 80% of U.S., with only markets served by fiber-to-the-home offering higher speeds. Moffett doesn’t anticipate telcos deploying FTTH much more widely than they already have. And even with pair bonding and vectoring, DSL cannot match DOCSIS broadband speeds, he noted.

“For 80% of the country, cable will emerge as the only game in town,” said Moffett.

On the video side, however, cable companies are seeing steep content cost increases which the cablecos have passed on to their subscribers. Because of the rise in over-the-top video, content companies are faced with declining revenues and are trying to make up those losses by increasing prices which, in turn, makes cable offerings increasingly less attractive to consumers.

“It sets up a negative spiral,” said Moffett, who noted that Cablevision’s programming cost per subscriber has increased an average of 9.1% annually over the past three years, while DirecTV and Time Warner Cable have seen compound annual growth rates of 6.9% and 6.7%, respectively, over that same time period.

“It shouldn’t matter whether [cable companied] deliver video from Disney or [whether] Netflix buys . . . from Disney,” he said. The cable company, he said, “ought to be able to charge the same price.”

Moffett cautioned, however, that cable companies might be better off if they had made the move to usage-based pricing sooner. He noted that later this year, the D.C. Circuit Court will address Verizon’s challenge to the FCC’s Open Internet Order that imposed Net Neutrality conditions on broadband providers – and how that turns out could have a significant impact on broadband providers’ ability to impose usage-based pricing.

But while that might seem like good news for cable companies and other broadband service providers, Moffett argued that it could create a substantial backlash from Internet companies such as Google and Facebook.

Net Neutrality, Moffett said, “has never really been about the First Amendment; . . . what it’s always been about is an economic model. The Internet companies want to preserve the status quo where . . . it’s up to the network operators to bear all the cost of transport. . . What the Internet companies want is a model where they or their customers [don’t] have to pay.”

It could be particularly difficult for broadband providers to impose usage-based pricing in that environment, Moffett said, because “Google will take its case directly to the consumer.”

Moffett also noted that satellite television extension and localism act (STELA) rules are due for re-authorization later this year – and what happens there also could have a disruptive impact on the cable market. One big move that regulators could make, for example, would be to give cable companies the ability to obtain broadcast network content from outside their home markets.