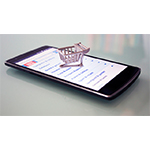 Young, Gen Z adults ages 18-24 are twice as likely to use mobile payments than the U.S. population as a whole, according to a new study about mobile payment preferences from GfK. Mobile payments account for just 3% of of all sales transactions in the U.S. That rises to 7% among Gen Z Americans, GfK highlights in a press release.

Furthermore, more than half of Gen Z Americans (53%) said they planned to make greater use of mobile payments in future. That’s twice the overall U.S. average of 27%, and well above the usage rate for Gen Y (45%) and Gen X (30%).

Gen Z and Gen Y respondents also were more inclined to worry about the security of personal information associated with m-payments systems – 55% and 60%, respectively, as compared to 51% of Baby Boomers.

“Many consumers today do not understand the value proposition offered by mobile payments,” commented Tim Spenny, VP of GfK’s Financial Services team. “This creates an opportunity for the industry to develop its own narrative around why people should use mobile devices to pay for their purchases – with security, speed, and ease of use top among the reasons. In 2016, we see mobile payments gaining traction through the addition of benefits such as rewards, discounts, and coupons that are integrated into phone payment systems.”

Ovum on February 24, released new market research in which it forecasts the global mobile payments use base will mushroom in five years, rising from 689.99 million in 2014 to 4.77 billion by 2020.