Home » Mobile Now has the Volume of Users, Both for Voice and Internet Access

What now is happening that mobile is becoming the way a majority of people access the Internet. A large part of the reason is that smart phones increasingly represent the way people use the Internet. For the first time in history, the installed base of smart phones will exceed that of personal computers at the end of 2012.

That isn’t to say mobile access always is preferred. Where both mobile and fixed access methods are available, both get used. But in many regions, mobile is the only widely available form of Internet access. 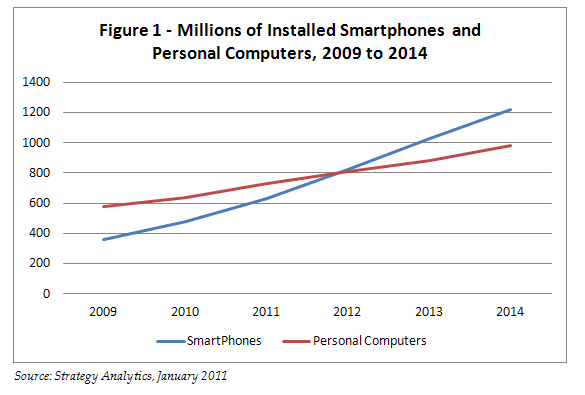 Of a stock of 5.97 billion mobile cellular subscriptions worldwide by the end of 2011, some 18.3 percent related to mobile broadband subscriptions..

According to Ericsson,mobile broadband subscriptions are growing by approximately 60 percent year over -year and could reach around 5 billion in 2017.

In Latin America, smart phones could represent half of all mobile phone sales by 2016. Smart phone adoption is also gaining momentum rapidly in the Asia-Pacific region, where smart phones are projected to account for 33.2% of all handsets sold in 2012, with China alone representing 48.2 percent of units sold.

But other mobile or untethered devices are important as well. Ericsson estimates that the total subscriptions of data-heavy devices (smart phones, mobile PCs and tablets) will grow from around 850 million at the end of 2011 to 3.8 billion by 2017.

To be sure, smart phone users do not tend to consume as much bandwidth as PC users do. But the number of smart phone devices will be so large that their overall impact will be about as large as the impact of PC Internet access, in terms of network demand.

So total offered network load will be a combination of the quantity of devices and the bandwidth demand each type of device tends to create.

This leads Ericsson to conclude that, by about 2017, data traffic will be split fairly equally between smart phones, mobile PCs and tablets. 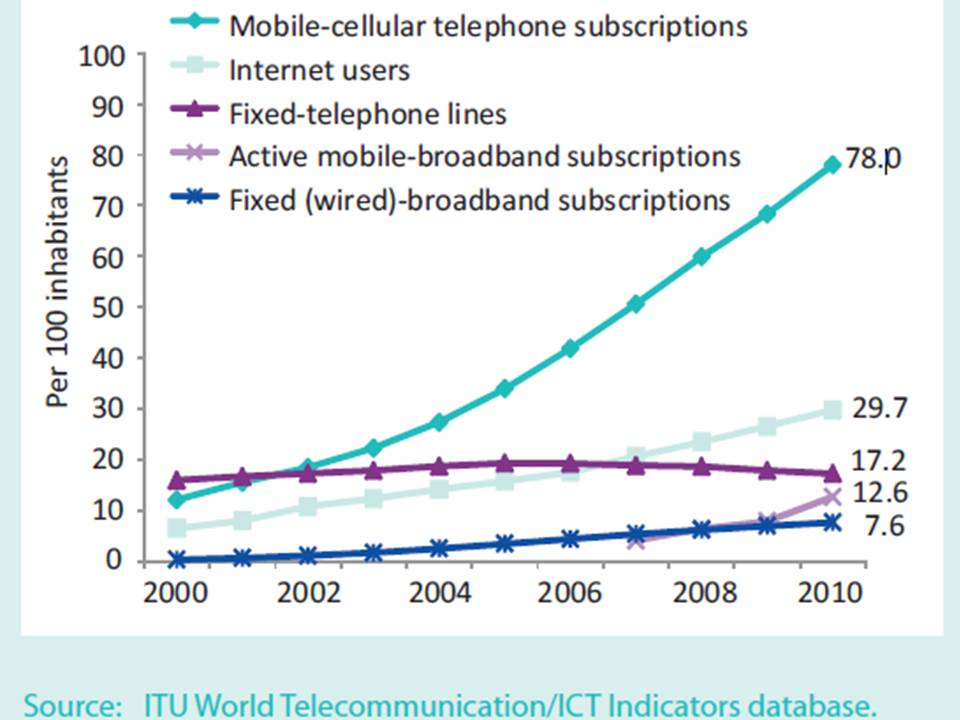