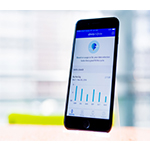 Nearly six in ten (58%) mobile users in a nationwide mobile data plan survey would switch mobile services providers if they had more choice and control regarding how they used their data. That includes those with unlimited mobile data plans, according to the survey conducted by digital commerce technology provider Matrixx Software.

Yet more revealing, more than half said they would switch data plans at least once a month if they could choose the plan they believe best meets their needs. Some said they would do so as often as once a day, a press release  highlights.

In addition, respondents indicated they are willing to spend more in return for gaining greater control of their mobile data. Nearly half said they would pay 10 percent more for unconstrained access without speed throttling or hidden costs associated with the app they use most. Examples included Netflix, Spotify and Facebook.

Mobile Data Plan Survey
The mobile data plan survey results stand out in sharp contrast to current trends among U.S. wireless carriers, Matrixx points out. Each of the major U.S. wireless/mobile network carriers have rolled out unlimited data plan offerings this year. Rather than buying a “one size fits all” plan, customers would be better served were carriers to offer personalized mobile data plans, or require subscribers to pay only for data they use.

Starting at $90/month for a single line, or $145/month for multi-line, AT&T’s Unlimited Plus plan includes a $25 monthly credit towards either traditional DIRECTV service, U-verse TV, or their new OTT service, DIRECTV NOW. With this promotion, a DIRECTV NOW subscriber who also subscribes to this unlimited plan can get an unlimited wireless and OTT pay-TV bundle for $100.

“It has been clear for some time that the telco industry is undergoing a seismic shift in the way it engages its customers and effectively competes in a digital economy, which looks very different than it did 10 years ago,” Matrixx founder, CTO and CEO Dave Labuda was quoted in a news release.

“Despite the recent unlimited plan wars, consumer preferences are trending towards individualization, where the customer can choose products and services they most want at the time and location they most need. Mobile data is now a necessity and consumers are demonstrating they are willing to pay for it, as long as it comes with greater insight, control and choice.”

Mobile network subscribers also expressed an interest in better understanding how much data they use. Sixty-five percent said they wanted greater insight into the amount of data specific apps consume. One-quarter said they would prefer a mobile data plan that allowed them to structure their usage around the apps they use most.

Also noteworthy, more than half those with unlimited mobile data plans said they still choose to offload their data use to a Wi-Fi connections because of concerns with cost or speed.