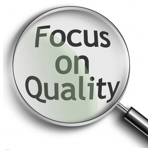 U.S. mobile broadband providers would do well both in terms of revenue generation and customer relations by adopting a more open and flexible approach to Quality-of-Experience (QoE) issues, according to research released today by Acision and YouGov. Seventy-four percent of a representative sample 502 mobile broadband users reported having QoE issues, including slow speeds, poor coverage and connection loss, while 63% expressed “support for [taking an] active approach to fairness aimed at distributing bandwidth to ease congestion,” according to a new release.

QoE issues are high just as mobile broadband expands rapidly in the US. Sixty percent of those surveyed said slow speeds were a problem, 35% experienced poor network coverage, 29% said they had been unable to establish connections. Twenty-nine percent also said they had experienced connection loss.

Echoing findings from a similar U.K. survey conducted by Acision and YouGov, as well as issues raised by the FCC in its August “Broadband Performance Report,” the U.S. survey’s findings indicate that mobile broadband providers would be well served by being more flexible and open when it comes to resolving QoE issues and communicating with their customers in order to do so. Customers, for their part, expressed willingness to pay a small fee for services that improve QoE.

“The YouGov/Acision data on the consumer mobile broadband experience comes at a critically important time for the mobile industry, as we witness exponential growth in mobile broadband usage and network congestion problems as a result of this uptake,” Steven van Zanen, Acision’s senior vice president marketing, Mobile Broadband, was quoted as saying. “This research offers a valuable perspective on the challenges facing carriers in the US today, providing insights into consumer perceptions on mobile broadband quality of experience, their frustrations with the service and their willingness to accept QoE improvement measures.”

Seventy-eight percent of the 49% of respondents who said they access video sites via mobile connections experienced QoE issues such as frequent pauses, some 68% saying this occurred on a regular basis. More than 2/3 said they would support steps carriers would take to improve quality “by decreasing video size to enable uninterrupted playback,” according to the market research partners.

As well as communicating better with their customers, mobile broadband providers need to look beyond bandwidth caps and tiered services as solutions, the two firms recommend. “There is a common message we are seeing from the research conducted in both the USA and UK. Mobile broadband customers need more communication on the issues affecting their experience with the service. We believe they are capable of recognizing there are problems with the service and are open to creative ways of dealing with them,” according to YouGov associate director Russell Feldman. “Data caps are but one tool available to carriers but the research shows that consumers will consider other service differentiators if given the choice.

“Consumers surveyed stated they would be willing to pay a small fee to receive services such as notifications when they have reached a certain spend limit on their mobile broadband service (48%), fair distribution of bandwidth between consumers (45%), personalization capabilities (46%), a bundle sharing plan (46%) and the ability to set spending limits on their mobile broadband account (42%),” the research firms note.