Nielsen Mobile released a revealing study on mobile broadband which may offer some insight into the future of broadband and wireless. The study results reveal that there were 13 million users of 3G mobile data cards in the U.S. as of the end of 2Q08. Mobile data cards connect to laptops and PCs, allowing access to mobile broadband services over a cellular network. The cards come in a variety of formats, including PCMCIA cards, USB cards, and even come embedded in laptops. The study also revealed significant momentum, citing that 55% of these cards were purchased within the last twelve months. One of the more revealing findings indicated that this mobile broadband product is increasingly being used by everyday consumers, not just traveling professionals, or “prosumers” as they are often called. “It’s clear that data cards aren’t just for business travelers but are an increasingly popular choice for in-home, personal Internet access, too” said Nic Covey, director of insights at Nielsen Mobile. “Data cards aren’t just for road warriors—but also for couch and kitchen warriors.” Other interesting findings include:

The threat to wireline broadband service is fairly obvious. There will be a segment of mobile broadband users who will go exclusively wireless, just as they’ve done with voice. The advent of 4G wireless in coming years will certainly accelerate that trend. But I also believe there will still be significant opportunity to leverage both wireline and wireless broadband together. I interpret the findings of this study to also support the notion that broadband carriers who augment their wireline broadband with a wireless value add option can gain competitive advantage. If your value proposition to customers communicates a robust wireline broadband option, complemented by a broadband “lite” wireless option, at an acceptable price point, you may have a winner. Indeed, some leading companies are already executing such a vision. This strategy is exactly what Cablevision has in mind with their pending Wi-Fi mesh network in New York. The idea that I can buy a service that will seamlessly extend my broadband experience, both inside and outside of the home, is quite compelling. As the Nielsen study reveals – compelling to not only prosumers, but soccer moms too.

Verizon will Decommission its 3G CDMA Network on December 31, 2022 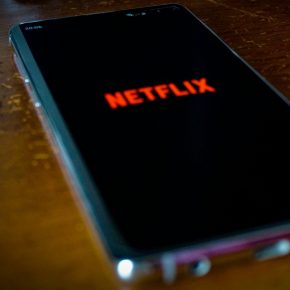 One thought on “Mobile Broadband Implications Are Far Reaching”