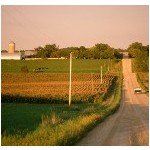 Fifteen Mississippi rural electric cooperatives have won a combined total of $65 million in rural broadband funding through the CARES Act passed earlier this year in response to the COVID-19 crisis. The money came indirectly through the state, which carved out $75 million for rural broadband from a larger pool of funding it received through the act.

The rural electric cooperatives must spend the funding they were awarded before the end of the year and must invest an additional $65 million of their own in the broadband projects.

All states were awarded funding through the CARES Act and given some flexibility in how to use it, explained Jonathan Chambers, founder of Conexon, a consultancy that worked with seven of the 15 rural electric cooperatives on their funding applications. But according to Chambers, only a few states opted to use any of their funding for rural broadband and Mississippi devoted more money to broadband than most of those other states.

“Mississippi is the one that took the bit in the teeth and ran with it,” said Chambers.

He goes so far as to say that “Mississippi is leading the nation when it comes to investment in broadband.”

In formulating plans for the program, Mississippi legislators, the governor’s office and the state public service commission had discussions about how to structure a program and “rural electric cooperatives stepped up,” Chambers said.

According to Chambers, a group of rural electric cooperatives proposed to build fiber networks to unserved areas and to pay for 50% of construction costs if the state would put up the other 50%. The cooperatives also produced maps, budgets, network diagrams, and timetables for what they were proposing.

The state took this material as evidence that the cooperatives were prepared to promptly build broadband and ultimately allocated $65 million of the program’s total $75 million budget to rural electric cooperatives, with the remaining $10 million made available for other types of providers, Chambers said.

Target areas are those lacking service at speeds of 25 Mbps downstream and 3 Mbps upstream. Awardees are required to deploy service at symmetrical speeds of 100 Mbps. The networks that the rural electric cooperatives are deploying will be able to support gigabit service and construction began as soon as the awards were announced, Chambers said.

According to Chambers, only $1.5 million of the $10 million allocated for companies that weren’t electric cooperatives was awarded, with few applications for funding received.

Conexon previously consulted with a group of rural electric cooperatives on a winning bid for rural broadband funding in the Connect America Fund CAF II auction.

A full list of awards made in the Mississippi program can be found at this link. A spokesperson for the Mississippi PSC confirmed that the list includes awards to electrical cooperatives, as well as other types of providers. One notable awardee was Telepak Networks, dba C Spire Fiber, which will receive $850,658.