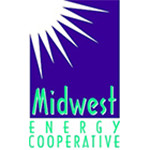 The latest network operator to join the ranks of companies offering residential gigabit broadband is Midwest Connections, a unit of Midwest Energy Cooperative. The company said today it has made gigabit service available in portions of rural Michigan.

Midwest Energy is the electricity supplier in parts of rural Michigan, Indiana and Ohio. The company has been deploying fiber-to-the-premises as part of a deployment that also includes upgrading the communications network supporting its electrical distribution facilities to support two-way capability.

“We don’t know what’s coming but we do know that the next generation of energy efficiency, safety and reliability standards will require robust, two-way communications across the electric grid,” said Midwest Energy Cooperative President and CEO Bob Hance in a press releasing announcing the gigabit service. “By today’s standards, fiber is the ultimate communications platform and will provide us with better information and data to serve our electric members. At the same time, it will allow us to offer a true high-speed voice and data solution for those who choose to subscribe to the service.”

Midwest Energy made the decision to deploy FTTP after making limited deployments of broadband powerline technology several years ago and encountering equipment challenges. In 2014 the company committed to a five-year FTTP buildout throughout its southwest Michigan service territory. It has been deploying FTTP using a crowdsouring approach, with those areas expressing the greatest interest in high-speed broadband receiving service first. Gigabit service areas are based largely on substation service areas, the company said.

Initially Midwest Communications offered FTTP service at speeds up to 100 Mbps and currently has more than 700 FTTP subscribers. Midwest Energy serves a total of 36,000 customers in its three-state service area.