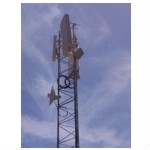 The Microsoft TechSpark initiative, which kicked off in Fargo, North Dakota late yesterday, aims to use technology to boost local economies outside the country’s major metropolitan areas. The five-faceted program will include deployment of the Airband fixed wireless technology that Microsoft has been promoting, as well as digital skills training for high schools and community colleges, cloud services for local non-profits and digital transformation initiatives for local businesses.

The company also is planning TechSpark initiatives for Northeast Wisconsin and areas of four other states, including Virginia, Texas, Wyoming and Washington.

“The rapid transformation of our economy is driven in part by the pervasive use of new technology that is creating both challenges and opportunities for communities across the country . . .” said Microsoft CEO Brad Smith in a blog post about TechSpark. “While we see these challenges across the country, they can be especially acute in rural communities and in less urban areas where populations are more widely spread, sometimes making it more expensive to scale programs and services.”

Microsoft aims to “learn more about regional challenges and how technology can help better contribute to local economic growth, with a plan to share our learnings more broadly,” Smith wrote.

Rural Airband’s Role
The Microsoft Rural Airband Initiative, announced in July, is a key element of an ambitious Microsoft proposal to bring broadband to unserved areas of the U.S. within five years. Airband is a fixed wireless technology that operates on an unlicensed basis in vacant TV broadcast spectrum known as white spaces.

According to a Microsoft white paper about Airband, the company plans to launch TV white spaces projects through partnerships in 12 states at the rate of one project per month over a 12-month period. Partners will include a wide range of entities “from major fixed-line operators to nationwide and regional mobile operators, rural cooperatives and wireless internet service providers.”

The white paper includes a map showing the 12 states Microsoft has targeted, which includes the six states slated for TechSpark.

Microsoft did not immediately respond to an inquiry from Telecompetitor asking for more information about how it will work with service providers on Airband but we will publish an update whenever we hear back from them.