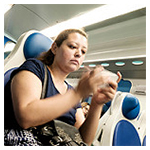 Microsoft announced today that it has selected T-Mobile as its technical partner for the Project xCloud preview. The preview, which starts in October, is designed to optimize mobile Xbox gaming, delivering Xbox games over LTE to smartphones and tablets, a capability that isn’t available today.

The partnership aims to optimize the gaming experience for U.S.-based players using T-Mobile’s LTE network operating in the 600 MHz band.

Mobile Xbox Gaming
Beginning next month, Microsoft will bring a limited number of players into the Project xCloud public preview to stream some of the company’s most popular gaming titles – Gears 5, Halo 5: Guardians, Sea of Thieves and Killer Instinct — over T-Mobile’s LTE network to their smartphones and tablets.

The service will start on the Android platform and will include a growing number of titles over time, according to Microsoft.

“We chose T-Mobile as our technical partner for the Project xCloud preview in the U.S. to leverage their mobile expertise as we embark on the next phase of our cloud gaming journey,” said Kareem Choudhry, corporate vice president, Project xCloud, in a prepared statement. “T-Mobile’s strong network performance, excitement for gaming, and partnership will help us better understand how to meet the needs of gamers.”

“Mobile game streaming is the future and has the potential to unlock console-quality game play anywhere. I for one want to be at the forefront of that revolution driving it forward,” said Neville Ray, T-Mobile chief technology officer, in a prepared statement. “That’s why Microsoft chose T-Mobile and we answered … so T-Mobile customers can be some of the first to give this revolutionary service a try and to make sure our network is primed for the mobile game streaming future.”