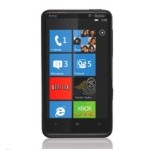 Microsoft hopes to differentiate its Windows Phone 7 platform by offering a higher level of user efficiencies than dominant mobile phone platforms from Apple and Google.

“Microsoft and its partners are delivering a different kind of mobile phone and experience—one that makes everyday tasks faster by getting more done in fewer steps and providing timely information in a ‘glance and go’ format,” said Microsoft CEO Steve Ballmer in the Windows Phone 7 announcement released yesterday.

The centerpiece of Windows Phone 7’s “glance and go” approach is its user-customizable “Live Tiles” functionality, which provides users with real-time updates from the web such as news, appointments or the status of friends. Windows Phone 7 leverages a range of software Microsoft originally developed for other platforms, including Xbox LIVE, Microsoft Office Mobile, Zune, Windows Live and Bing.

Microsoft reportedly is imposing strict requirements on carriers and handset manufacturers with the goal of ensuring a consistent minimum feature set.  The expectation is that manufacturers will be required to provide a certain processor size, camera resolution and touch-screen display size, and that carriers will be able to add a limited number of customized applications.

Although Microsoft has long dominated the desktop software market, the company is anything but dominant in the mobile market, where Apple and Google between them have the lion’s share of the market.  And with some pundits predicting that cloud computing will make desktop and even laptop computers increasingly irrelevant, the stakes in the mobile software market are getting higher.

Microsoft’s previous forays into the mobile market, including earlier versions of Windows Mobile and, more recently, the ill fated Kin phones, were disappointing. But although Microsoft may seem to be late to the burgeoning smartphone market, it’s important to recognize that the market is still relatively young. And while early adopters may have been lured by the pizzazz of the iPhone, there is a large untapped market of wireless users who have not yet moved beyond basic voice and SMS service.

For smartphones to become ubiquitous, there will need to be either a decrease in the cost of monthly data plans or end users will need to view them as a true replacement for a traditional computer than can eliminate the need for landline Internet service. Microsoft seems to think the second scenario is the more likely, at least in the near term.

But in order for that scenario to play out, smart phones will need the same sort of productivity software that computers traditionally have provided and which Microsoft has long supplied. Microsoft Phone 7 appears well positioned to address that need.