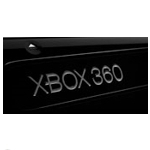 Microsoft unveiled the newest version of its Xbox gaming platform and continued its march towards positioning the Xbox as a home entertainment gateway. The latest version of Xbox, revealed yesterday in Los Angeles at the E3 Expo, includes a new remote control free experience labeled Kinect, as well as a variety of new content and connectivity options for its flagship entertainment platform. Priced to retail at around $299.99 with a one-year limited warranty, the new console is available this week.

New Features
Kinect — to debut in North America Nov. 4 — brings virtual reality a step closer to reality, immersing users in virtual environments and enabling them to interact within them by tracking body movements and gestures, as well as by understanding voice commands. In effect, Kinect is Microsoft’s answer to the successful Nintendo Wii and its interactive controls. Voice command recognition is also built into Kinect’s menu of movies, television shows and music.

Taking another step towards video calling, Microsoft will link Video Kinect with Windows Live Messenger next year, bringing real-time video telecommunications to Xbox LIVE’s entire community of users. Think of it as Xbox 360 video teleconferencing through the TV. Integrated and customized news, weather and videos from Bing will also be accessible.

The new Xbox embeds Wi-Fi n connectivity for home networking. The new platform also allows users to store twice as many games and entertainment on a 250 GB hard drive. Among its other features, it comes with a wireless controller, headset, HDMI output, USB flash drive storage capabilities.

Content
Microsoft also put attention towards video content by announcing a new partnership with ESPN to offer ESPN3, ESPN’s broadband sports channel, to Xbox LIVE Gold members. In order to receive ESPN3, Xbox LIVE Gold subscribers have to be a customer of a broadband provider who offers ESPN3. In addition, these users will be able to access ESPN.com video clips on demand, refreshed daily. ESPN3’s Xbox LIVE launch will be in November.

In what may be a glimpse into future plans for the Xbox as a video platform, Microsoft is planning to enable Australians to watch live TV and video-on-demand programming from satellite and cable TV provider FOXTEL, with the Xbox acting as the set-top-box.

Xbox LIVE already had significant video capability including a Netflix app and access to the Zune video store.

With over 40+ million Xbox units sold and 25+ million members of their Xbox LIVE community, the Xbox is a significant presence in the broadband landscape. Microsoft will continue to try to leverage this community for additional gains, with far reaching implications for broadband service providers of all sizes.