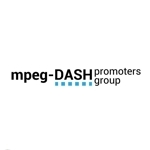 The nascent MPEG DASH streaming media standard got a boost last week with the creation of the DASH Promoters Group. The standard, which stands for dynamic adaptive streaming over HTTP, was ratified in November and it enables media streamed over the Internet to dynamically adapt to changing network conditions. Its goal is to optimize the video streaming experience for end users.

According to a release issued by the DASH Promoters Group, the new standard “incorporates all of the best elements of proprietary adaptive streaming solutions designed to solve the classic issues users see when they stream video: intermittent stalls, poor video quality under changing network conditions, and significant video start-up lag.”

“Public interoperability demonstrations among encoders, media delivery systems and playback clients inspire market confidence for this new format,” said Will Law, principal architect, Media Division, Akamai, in the announcement of the DASH Promoters Group. “DASH brings the promise of convergence in media delivery, as well as improvements in encoding and distribution efficiency, rights management and the overall consumer viewing experience.”

In addition to promoting broad adoption of DASH, the Promoters Group also said it will focus on aligning ongoing DASH standards development, promoting the use of common profiles across industry organizations, and facilitating further interoperability tests.

The group is also working toward recommended deployment configurations for DASH, informally called DASH-264. The goal is to enable a minimum set of DASH requirements for the industry and help enable further commercialization of mobile devices that support it.

The new MPEG-DASH standard should be of interest to service providers considering service offerings based on Internet video. If the Internet video viewing experience can be enhanced so that it is on par with that of traditional cable content, such offerings should be substantially more competitive.