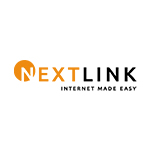 A partnership between Nextlink Internet and Microsoft aims to bring broadband to hundreds of rural communities in six states through the Microsoft Airband program.

The partnership will provide broadband in Iowa, Illinois, Kansas, Nebraska, Oklahoma and Texas. “This partnership will enable the coming of precision agriculture, IoT, digital healthcare, access to higher education and overall economic growth,” Ted Osborn, Nextlink’s Senior Vice President of Strategy & Regulatory Affairs, said in a press release. “Our experience tells us that advanced broadband access and community support can make these promises a reality in relatively short order.”

Nextlink will continue deployments in Texas and Oklahoma and begin initiatives in Kansas, Nebraska, Iowa and Illinois. Deployments – which will include white space technology that utilizes unused television frequencies – will continue through 2024.

The press release extols the economic, educational and telehealth benefits the companies anticipate. It especially focuses on agriculture m– and for good reason. The press release cites U.S. Department of Agriculture statistics that Iowa, Illinois, Kansas, Nebraska, Oklahoma and Texas account for more than $120 billion in agricultural output annually. That is 29% of the agricultural output of the United States. Broadband can boost that total by enabling precision agriculture and better monitoring, which will increase yields. The technology also can improve access to markets.

Nextlink won $281.3 million in the Connect America Fund (CAF) II auction last year, the most of any entrant. In October, CEO Bill Baker told Telecompetitor that rural broadband fixed wireless could have the side benefit of boosting cellular connectivity in rural deployments. The company is obligated to use the CAF II funding to provide 100 Mbps downstream to a vast majority of locations, with a small portion receiving 25 Mbps downstream. Baker said that the slower areas would probably offer up to double that speed.

Airband is proving popular. It was announced in 2017 and subsequently raised the initial goal of 12 projects in 12 states to projects in 25 states. In addition, as of April, 230 companies were in a related projected aimed at helping WISPs with their own deployments.

Airband earlier this year announced  a partnership with Watch Communications. Watch will work with Microsoft to bring broadband to 50 counties in Indiana, 22 counties in Illinois and most counties in Ohio.