Home » Microsoft’s Ballmer to Google: Bring it On!

Microsoft CEO Steve Ballmer had some interesting things to say about Google’s recent announcements concerning mobile handset operating systems. “Right now they have a press release, we have many, many millions of customers, great software, many hardware devices and they’re welcome in our world,” said Ballmer. That’s corporate CEO speak for “bring it on.” Ballmer feels some confidence because Window’s Mobile has a significant lead. According to a Techworld post, Windows Mobile is on 150 handsets and is available from over 100 different operators. Ballmer added that Microsoft will likely license 20 million handsets this year.

With numbers like that, Google’s pending Android certainly doesn’t have Ballmer and Microsoft shaking in their boots. But you have to wonder what Microsoft is really saying behind closed doors. Google is crushing them on search and associated web advertising. If they have a fraction of comparable success with Android, the competitive impact will be significant on a variety of companies, Microsoft included. 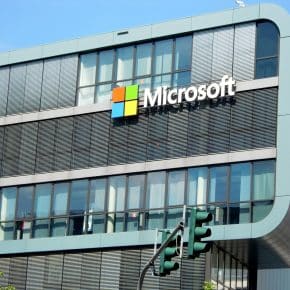