The goal of a $10.5 million grant from the National Telecommunications and Information Administration (NTIA) to Merit Network and Michigan State University is to interconnect the state’s Internet pathways to create a statewide middle mile network.

The Michigan Open Optical Network – Leveraging Innovation to Get High-Speed Technology (MOON-Light) will address infrastructure gaps by interconnecting middle mile infrastructure across the state. It will facilitate interconnecting local ISPs to residences and businesses in underserved and unserved areas, according to the press release.

Funding for the program will come from the NTIA’s Broadband Infrastructure (BIP) program. The BIP program, which was established in the Consolidated Appropriations Act of 2021, was made available to encourage partnerships between states or political subdivisions of a state and providers of fixed broadband services.

The MOON-Light network will use an open access approach and is expected to be completed in 12 months.

Several ISPs – including Highline, Barger Creek and Northern Michigan University – have signed letters of intent to be part of MOON-Light.

“The MOON-Light initiative will have a transformational impact across the state in providing Internet access and is a true force-multiplier for upcoming ISP last-mile projects,” Joseph Sawasky, president and CEO, Merit Network, said in a press release. “With non-profit and cooperative organizations working together with commercial ISPs, we are uniquely positioned to reduce costs and accelerate broadband projects for Michigan in model public-private partnerships. This project sets a strategic digital foundation for Michigan and will create a statewide ‘digital autobahn’. Our goal is to actually #FixTheDamnInternet for citizens and learners.”

Entire regions of the state lack middle-mile connections to the Internet, according to the press release. In addition, about 380,000 homes and businesses lack last-mile connectivity.

Will Unlicensed Fixed Wireless Technology Make the Cut with the BEAD Program? 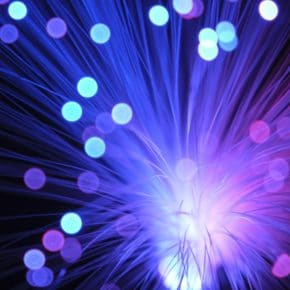