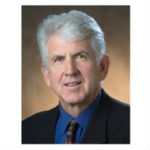 The Metro Ethernet Forum’s Third Network  initiative, announced today, aims to combine the ubiquity of the Internet with the service assurance of Carrier Ethernet 2.0.  The goal is to enable network-as-a-service, explained Ethernet pioneer Bob Metcalfe, who is now an advisory director of the MEF, on a webinar today introducing the Third Network initiative.

Andrew McFadden, MEF Chairman and Head of Global Marketing, Network Services at Orange Business Services, offered three examples of how the Third Network might be used.

One idea would be to give end users, including business travelers, the ability to have a service profile follow them, regardless of what type of connectivity they use. A second idea would be to give businesses the ability to establish connectivity with guaranteed service capabilities on demand. The third example would be to automate inter-carrier service orchestration to support cloud services inside and outside the data center.

MEF Third Network
To support this vision will require a new approach to the service lifecycle, said MEF President Nan Chen on today’s webinar. The MEF is calling that new approach “service orchestration” and it includes a range of functionality such as fulfillment, control, assurance, performance, and analytics, Chen said.

Currently each of those functions is handled by a separate system, each of which must hold detailed information about all network layers, or domains, such as the optical transport layer, the Ethernet layer and the IP layer. And whenever there is a change to one of those domains, it impacts all of the management systems, Chen said.

Net Neutrality?
When the Third Network vision has been achieved, service providers should be able to charge for capabilities such as on-demand service set-up with performance guarantees, McFadden said. And while that capability might sound like something that could raise Net Neutrality issues, Chen said he doesn’t envision any problems there.