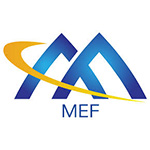 Carrier standards body MEF said today that it has released the final draft of its SD-WAN standard. The MEF SD-WAN standard aims to drive revenue for managed SD-WAN services by providing common service definitions that will enable end users to more easily compare one SD-WAN service with another, said Ralph Santitoro, head of SDN/NFV/SD-WAN Services for Fujitsu, in a pre-briefing with Telecompetitor.

SD-WAN “is one of the hottest services out there,” observed Santitoro, who has been heavily involved with MEF for several years. MEF standards helped drive the popularity of carrier Ethernet services, and he expects to see the same thing happen with SD-WAN.

The MEF SD-WAN standard is moving through the last phase of membership and board approval, MEF notes in a press release.

As Santitoro explained, the MEF SD-WAN standard introduces four terms. These include:

The architecture defines where various elements of the network such as UNI and SD-WAN Edge fit.

MEF SD-WAN standards work will continue moving forward. In the next phase, the forum expects to tackle more complex service attributes such as those related to connectivity to private or public cloud services. In addition, the forum is working on defining application programming interfaces (APIs) that would interface with existing operations support systems and orchestrators.

A key goal is to support self-service portals to enable customers to modify their SD-WAN services in a manner similar to how they interface with cloud services, Santitoro said.