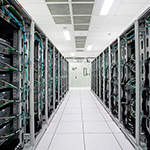 As carriers get serious about implementing network functions virtualization (NFV), they are also looking at streamlining service activation with the goal of enabling activation to occur on demand with little or no manual intervention on the part of the service provider. A CenturyLink NFV service activation demo at MEF 16 in Baltimore this week illustrates how service providers could achieve that goal using open interfaces and virtual customer premises equipment (vCPE).

In developing the demo, “CenturyLink designed APIs [application programming interfaces] using an Open Source approach and brought it into the MEF [Metro Ethernet Forum] for standardization,” explained CenturyLink Distinguished Architect Jack Pugaczewski in an interview with Telecompetitor. “It’s a hybrid of Open Source and traditional standardization.”

There are three parts to the CenturyLink NFV service activation demo, explained Pugaczewski. These include:

The vCPE aspect of the demo is a prime example of NFV, which aims to reduce industry reliance on purpose-built hardware in favor of more generic hardware, with functionality defined primarily in software. Pugaczewski cited a specific example of how this could benefit service providers and their customers.

“In some cases, after [a customer] has an MEF service, they might want a different port on the NID to go to Internet access or a cloud service,” Pugaczewski said. “Usually the carrier has to deploy another service order or router. Now you can orchestrate a router or firewall and push it down as a software component.”

Putting it another way, he said, “With the same device that’s [supporting] MEF carrier Ethernet 2.0 [service] you can work up the stack and start supporting layer 3 and above-type services.”

Moving forward CenturyLink hopes to refine the work it has done to support the service activation demo to encompass a wide range of interfaces that are important to MEF lifecycle service orchestration initiatives, including Legato, Sonata and Interlude interfaces. For now, the CenturyLink work has focused largely on Presto interfaces.

“If we add another vendor, that vendor will implement Presto,” Pugaczewski explained.

Presto, he explained, is the southbound interface from the service orchestrator. Northbound to the business support system would be Legato, he said, while eastbound and westbound interfaces to other network operators would need to support Sonata.