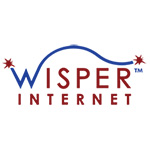 One of the most interesting aspects of the recently completed CAF II auction is the strong showing by smaller, non-traditional service providers. The second biggest winner, for example, was Wisper — a company little known outside southern Illinois and parts of neighboring states, where the company offers fixed wireless broadband, primarily in rural areas, including some areas the company has served for more than a decade.

We talked recently to Wisper CEO Nathan Stooke about the company’s $220 million award to help cover the cost of bringing broadband to additional rural areas near the company’s existing operations. The CAF II auction awarded funding to bring broadband to rural areas where the service is not available today, with funding going to the companies that offered to deploy service at the lowest level of support.

When Wisper brings broadband to communities that previously lacked it, Stooke said, “you feel like the white knight riding in on your horse.”

Wisper Fixed Wireless
Stooke lives in the Mascoutah, Ill. area, where Wisper is headquartered – a town of 7,500 five and a half hours south of Chicago.

He first started tinkering with fixed wireless broadband in his garage back in 2003 and started Wisper after recognizing the technology’s potential to bring broadband to rural areas that were uneconomical to serve using wireline options such as fiber-to-the-home.

Initially, Stooke explains, he kept his regular job as a programmer, working 90 hours a week while he and his family lived without “everything that wasn’t dire to have to stay alive.”

After three and a half years, he got his first paycheck from Wisper.

Both of those numbers are likely to increase substantially as the company makes service available to 80,149 additional locations over the next six years to meet its CAF II deployment commitment. Wisper’s bid calls for the company to deliver service at speeds up to 100 Mbps downstream and 20 Mbps uptream.

Stooke is a staunch advocate for fixed broadband wireless technology, arguing that “it’s just as reliable as fiber if it’s engineered correctly.”

Wisper fixed broadband wireless works fine in all kinds of weather, Stooke said. Its only vulnerability is to lightning strikes, he said – and according to Stooke, only about one of the company’s 500 towers is hit by lightning each year.

Broadband wireless also has a key advantage over fiber, according to Stooke. “It’s hard to run a backhoe through our signal,” he said.

That value proposition not only has garnered the company a loyal base of rural residential customers, it also has helped the company win contracts with business customers in the Kansas City area that use Google Fiber for primary connectivity but use Wisper for backup.

Wisper’s decision to offer service in a few urban markets stemmed from the need to connect Wisper’s towers with internet points of presence in those urban markets. Once those connections were established, Stooke reasoned, “we might as well offer service there.”

Wisper is Hiring
One aspect of the CAF II award that Stooke is particularly looking forward to is that Wisper will need to hire about 300 to 400 people in rural markets for what he described as “good paying, quality jobs.”

“I’m excited about hiring and training [people so they can] provide service in their town and area,” Stooke said.

Wisper already established a program it calls “Wisper University” that trains the company’s own people as well as employees of other internet providers.

In hiring new employees to support the CAF deployment, Stooke noted that “we want to stay as local as we can.”

The biggest challenge, he said, will be that “we can’t afford to bring in people who aren’t going to fit our culture.”

The upside, as Stooke sees it, is that “I like seeing employees that have the right work ethic and attitude grow and expand with the company.”