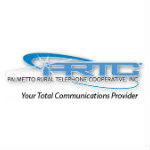 Update: More insight into this Mediaroom migration has been added to this post.

Microsoft is using system integration distribution partners for their reach into the tier 3 telco space for IPTV. Both Alcatel-Lucent and Motorola are pursuing these tier 3 providers with a pre-integrated, slimmed down version of Mediaroom, which they hope addresses some of the historically onerous requirements of Mediaroom which didn’t play well with much smaller providers. Microsoft recently introduced ‘virtualization’ into Mediaroom to lessen its server requirements (and presumably, its cost) for smaller providers.

“Deploying Mediaroom 2.0 allows us to offer our customers the most advanced video experience, including features such as instant channel change, picture-in-picture, video-on-demand and whole-home DVR,” said Tony Stout, Director of Operations for PRTC in an Alcaltel-Lucent press release.

Having captured the largest IPTV provider in North America, AT&T, as well as some of the other larger players, including CenturyLink, SureWest, and others, Microsoft doesn’t have much more room for growth, hence the move to tier 3 IPTV. The recent departure of Cisco from the middleware arena leaves Microsoft, Minerva, Nokia Siemens, and a host of others including Innovative Systems and Conklin chasing whatever IPTV business remains after the tier 1 and 2 providers.

Alcatel-Lucent recently signed up another South Carolina IPTV provider, West Carolina Tel for their integrated Mediaroom product. There’s a push from Alcatel-Lucent and others to cluster some of these tier 3 telcos into regional IPTV networks which would share headends and a Mediaroom platform, saving individual telcos from having to buy and manage all of the assets required to run it. It doesn’t appear as if that approach is being deployed with PRTC and West Carolina though.

Update: PRTC, which has approximately 750 IPTV subscribers, currently uses the Cisco ISDP platform, and will transition all of their subscribers over to Mediaroom. That’s the identified migration path for existing Cisco ISDP customers, so I expect we’ll see more of these announcements in the coming weeks and months.