Middletown, New York based Mediacom, the nation’s eighth-largest MSO, reported 2Q09 revenue of $364.5 million, 6% above its year-ago level.  Among the 2Q highlights noted by management: video revenues increased 2.8%, primarily due to digital customer growth and, to a lesser extent, higher service fees from advanced video products and services, including DVRs and HDTV. Mediacom added 8,000 digital customers to end the quarter with 658,000 customers, or a 51.3% penetration of basic subscribers. Year-over-year (y/y), they gained 69,000 digital customers, representing an 11.7% growth rate. However, Mediacom lost 15,000 basic subscribers during 2Q, a 1% year-to-year decline.

“In one of the most difficult economic environment in decades, Mediacom continued to produce solid financial results,” chairman and CEO Rocco B. Commisso said.  “Our healthy growth rates in revenues and Adjusted OIBDA, along with tight control of operating costs and capital expenditures, enabled us to achieve record free cash flow. For the first half, we have already generated over $62 million of after-tax free cash flow – a five-fold increase from the same period last year – representing about $0.84 per basic weighted average share.” 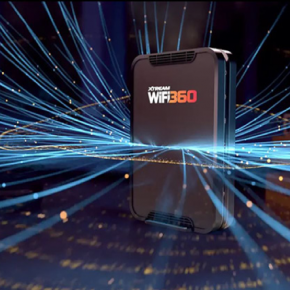