Mediacom Communications has launched Xtream WiFi 360pro, a whole home Wi-Fi platform the company said can cover an entire house with optimal internet connectivity. Xtream WiFi360pro is powered by the eero platform, which is an Amazon company.

“The home WiFi network is the primary pathway to the Internet for most consumers today,” John Pascarelli, Mediacom’s executive vice president of operations, said in a press release. “With the capacity to support over 75 connected devices simultaneously, Xtream WiFi 360pro will allow our customers to get the most out of their everyday online experience by maximizing the potential of Mediacom’s ultrafast Gigabit broadband network.

Xtream WiFi 360pro will be available next month. Mediacom says it is the fifth largest cable operator, with more than 1.4 million subscribers across 22 states, primarily in the midwest and southeast.

The Mediacom offering utilizes TrueMesh and WiFi 6 (IEEE 802.11a) to deliver speeds as fast as 1 Gigabit per second, according to Medicacom. The company says that TrueMesh intelligently routes networks traffic to avoid congestion, buffering and drop-offs to support demanding applications such as 4K, gaming and video conferencing.

The ubiquity of WiFi and the increasing ability of homeowners to choose between providers makes service with no dead spots and seamless connectivity a priority. WiFi 6 mesh-based networks are a viable option for achieving this goal.

The technology aims to reduce potential connectivity issues and dead spots by offering multiple paths to enable routing around obstacles and trouble spots.

In May, TDS announced its whole-home WiFi platform, which is based on mesh technology.

In a report released in November 2019, Maravedis LLC said that there will be 294 million managed home WiFi networks by 2025. The report said that service providers are prioritizing the quality of home WiFi. 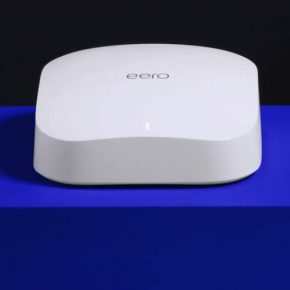