Given the poor economy, Mediacom’s operating results weren’t bad. Not many MSOs can say that these days. The company’s customer base, measured in revenue generating units, increased 33,000 from end Q3 to end Q4 while average monthly revenue per basic subscriber rose nearly 9% to $90.88 on a quarterly year-over-year basis. Revenue rose 8.4% to more than $1.4 billion and operating income 25.4% to $278.9 million for the full year with revenue generating units posting a record 222,000 rise to reach 2,946,000.

Growth in high-speed data and phone customers drove revenue growth in Q4, according to management’s report, with video revenues rising 3.5% on a quarterly year-over-year basis. Increases in rates and higher service fees for basic video service subscribers, including DVRs and HDTV, were partially offset by a net loss of basic subscribers. Mediacom’s basic subscriber base shrank by 6,000 during Q4 ’08 as compared to a loss of 7,000 in Q4 ’07.

High-speed data and phone revenues also showed strong, rising 16.3% and 47.6%, respectively. The latter was driven primarily by 12% year-over-year unit growth. The company’s high-speed data customer base increased by 11,000 as compared to 22,000 in the year-ago quarter and ending the year at 737,000, a 25.8% penetration rate of estimated homes passed. Growth in phone revenues was driven primarily by a growing customer base, which increased 9,000 during Q4, as well as less in the way of price discounting. The Q4 customer add was down from 20,000 in Q4 ’07, however. 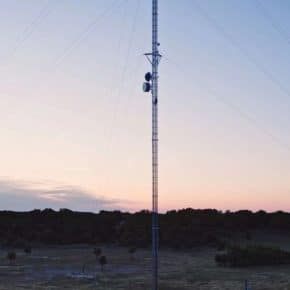