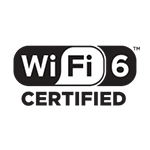 A redacted FCC document reveals a request for a massive and secretive Google 6 GHz Wi-Fi testing program. Google cites the “highly sensitive and confidential” nature of this program that aims to leverage unlicensed wireless spectrum that the FCC has big plans for.

The FCC filing was first noticed by Business Insider. Google is asking permission to test the technology in 26 cities across 17 states. It’s asking for confidential treatment for the testing due to its “significant commercial value.”

The company goes on to say the testing “aims to produce technical information relevant to the utility of these frequencies for providing reliable broadband connections.”

These disclosures, or lack thereof, raise a lot of questions, which may be the reason Google is doing this in the first place. Is Google looking to develop some form of fixed wireless service? Or is it testing the technology to hone its digital home product portfolio? Maybe it’s to add some significant value to its Wi-Fi dependent mobile service, Google Fi? Or is it some new application for Wi-Fi that’s not on anyone’s radar yet?

Maybe it aims to just create a lot of noise. Google is good at that. The noise it created a decade ago around Google Fiber was almost deafening.

Google 6 GHz Wi-Fi Testing
The FCC recently freed up a whopping 1,200 MHz of spectrum in 6 GHz band. Potential applications include dramatically expanding both traditional Wi-Fi use applications, as well as powering fixed wireless service, delivering broadband to the home and business.

Google is already an active fixed wireless provider through its Google Webpass service. That service has been folded into the Google Fiber business unit, Google’s primary ISP business unit. Google Webpass operates in about nine markets across the U.S. today, claiming speeds of 100 Mbps to 1 gig.

But Google is also active with its own mobile service, Google Fi, which leverages Wi-Fi for coverage, in addition to roaming on traditional mobile networks. This Google 6 GHz Wi-Fi testing program may have mobile in mind as well.

Google is also active in CBRS and is one of the designated Spectrum Access System (SAS) database operators, which regulates the use and access of CBRS spectrum, which is a shared spectrum.

Explanations in Google’s FCC application would seem to support all of these motivations. Specifically, Google says it intends to measure “[t]he signal characteristics across a wide range of terrain and clutter scenarios, and over various times. A goal of these experimental tests is to potentially improve propagation models for incorporation in Automatic Frequency Coordination (AFC) systems to support unlicensed spectrum use in the 6 GHz band.”

Google already has its hands in many aspects of wireless. Looks like this new revelation of its interest in 6 GHz Wi-Fi could enhance those efforts and keep the industry guessing as to how and why for a while.