Mammoth Networks, a facilities-based aggregator of fiber and data circuits, today announced that it has surpassed 21,000 DSLs on its network and now supports more than 160 Service Providers across the United States. These milestones were achieved five years after starting the business.

Mammoth Networks is unique in that it interfaces with Qwest to provide reach to multiple remote DSLAMs in the field, unlike most private DSL providers who have a single DSLAM in each market. As a facilities-based aggregator of multiple data services onto one platform, the Company combines Qwest DSL with T1s, DS3, OCn and GigE from multiple carriers to serve as a one-stop shop for full-service network connectivity and outsourcing. In addition, as Mammoth operates its own MUX, DACs, switches and routers, its service and engineering support team is able to fully troubleshoot connections within the Mammoth network to expedite any necessary action.

Inland Telephone Company, a longtime Mammoth Networks customer which recently expanded its service offerings in the markets in which it operates, provides a broad range of wired and wireless telephony and broadband services in the states of Washington and Idah. As an independent, full service carrier, Inland offerings include POTS, DSL, advanced circuits, connectivity for cable operators, as well as design and domain hosting services.

John Springer, Inland Telephony Company network and IT manager, noted that, “Working with Mammoth enables us to offer high-quality connectivity, as they are truly a one-stop stop shop for WAN telephony circuits, T1, Optical Ethernet, etc. In addition, what is most important to note, is that Mammoth’s participation in our business has been a truly critical element in our growth, which was 100% painless as they do everything possible to make the rollout process seamless and easy.”

Mammoth Networks Founder and CEO, Brian Worthen, commented that, “We are very pleased with our Company’s growth, which is a direct result of the overwhelming demand for our products and services. We take great pride in being a cost-effective, critical resource partner for rural telcos and services providers that would otherwise incur exorbitant charges from carriers. We anticipate an even higher level of success in both the short and long term, as broadband reaches the most remote communities.”

“It’s essential to our success that we operate on the most reliable, yet cost-effective network for both our internal and external operations. Mammoth Networks is more than a vendor to us, the company is a partner, and key ingredient to our success,” added Mr. Springer.

In March, Mammoth Networks reported that its most recent fiber outlay was lit in Denver, which will be used to aggregate rural exchange connectivity from around the Rocky Mountains. The company is able to deliver cost-effective, intrastate, high-speed connectivity to empower service providers based in rural markets that would otherwise be unfairly price-gouged by local and regional carriers. Also of note, is that in 2009, Mammoth Networks surpassed several noteworthy corporate milestones. In addition to establishing POPs in both Atlanta and Chicago, Mammoth achieved monthly revenue growth every month of the year.

Mammoth Networks is an aggregator of data services, serving fourteen Western states with their layer 2 DSL network and the lower 48 states with their private-line services. Mammoth enables its Partners by erasing the invisible lines of the telecommunications structure, and leveling the playing field for Network Providers.

The privately held company is based in Gillette, Wyoming. For additional information, please visit www.mammothnetworks.com. 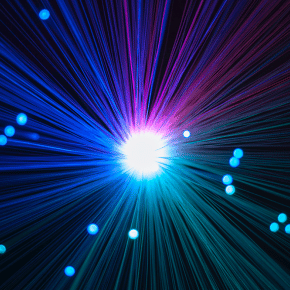