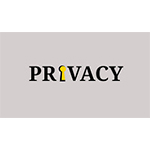 Despite an outcry by consumer groups, major Internet service providers are defending congressional action last week to reverse ISP privacy protections adopted late last year under the previous presidential administration. ISPs had argued that those protections were unneeded and that they were unfair because they were stricter than those governing other types of Internet companies such as search engine giants Yahoo and Google.

ISP Privacy Protections
AT&T and Comcast executives argued in blog posts that there has been a lot of misunderstanding involving the overturned ISP privacy protections.

“There has been a lot of misleading talk about how the congressional action this week to overturn the regulatory overreach of the prior FCC will now permit us to sell sensitive customer data without customers’ knowledge or consent,” wrote a Comcast senior vice president. “This is just not true.”

The AT&T exec’s take was that “all of the rhetoric that asserts – without any factual support – that the [congressional] vote suddenly eliminated consumer privacy protections is just plain wrong.”

He added that “[t]he reality is that the FCC’s new broadband privacy rules had not yet even taken effect. And no one is saying there shouldn’t be any rules.”

The AT&T blog post notes that supporters of the FCC’s ISP privacy protection rule reversal agree that the rescinded rules should be replaced by a return to the long-standing FTC privacy rules. The AT&T exec notes that ISPs are currently governed by Section 222 of the Communications Act regarding how consumer information can be used. He also notes that if the FCC rescinds the previous administration’s decision to classify broadband as a Title II communications service, then the FTC will resume regulating consumer broadband privacy as it did before the Title II decision.

Verizon’s ISP privacy blog post didn’t do the finger-pointing that the AT&T and Comcast posts did. But a Verizon exec also said he wanted to “set the record straight.”

The company “does not sell the personal web browsing history of our customers,” he wrote. “We don’t do it and that’s the bottom line.”

Verizon has two programs that use web browsing data and neither of these involves selling customers’ personal web browsing history, the exec wrote. The two programs include the Verizon Selects advertising program, which according to the blog post, uses de-identified information to determine which customers fit into groups that advertisers are trying to reach, along with a program that provides aggregate insights that might be useful for advertisers and other businesses.

“Customers have a choice about participating in both programs,” Verizon said.

Comcast also said it does not sell broadband customers’ individual web browsing history and that it does not share sensitive information unless our customers have opted in to allow that to occur.

The AT&T blog post was less specific about that company’s privacy policy, instead including a link to a web page with extensive information on that topic. The company noted, though, that its privacy protections are the same today as they were five months ago when the FCC rules were adopted. “We had the same protections in place . . . and we will have the same protections the day after President Trump signs” the new legislation, AT&T wrote.