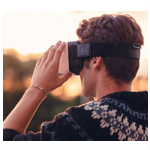 What do low-latency apps and the telco central office have in common? They both figure prominently in an emerging AT&T edge computing vision.

As AT&T explained in a press release today, low-latency 5G networks have the potential to enable new wireless applications such as smartphone-based AR/VR. But those applications require more computing power than a typical wireless device can support.

The company notes, for example, that “overlaying digital images and graphics on top of the real world in a convincing way” requires more processing power and battery life than a smartphone can deliver. The solution, according to AT&T, will be edge computing, which will move data crunching to cloud resources located at the network edge.

AT&T Edge Computing
For this vision to work, however, edge computing will need to be deployed throughout the network, minimizing the distance data must travel and thereby minimizing latency.

AT&T believes it has an advantage on that front. As AT&T CTO Andre Fuetsch noted in today’s release, “few companies have the sheer number of physical locations that AT&T has that are needed to solve the latency dilemma.”

Instead of relying on a handful of data centers for cloud functionality, AT&T envisions implementing edge computing at “tens of thousands” of edge computing locations. Those locations could include central offices, macro towers and small cells “usually never farther than a few miles from our customers,” the company said.

These edge computing facilities will be outfitted with high-end graphics processing chips and other general purpose computers, AT&T said. Systems will be managed using software defined networking (SDN), which has been a key technology initiative for the company for several years.

Use Cases
The apps that could be enabled through AT&T edge computing include:

Of course AT&T isn’t the first company to talk about edge computing. Several standards bodies, including the Alliance for Telecom Industry Solutions and Open-IX also are pursuing this area, as are vendors and other carriers. But AT&T’s clout should help provide additional momentum to those ongoing initiatives.