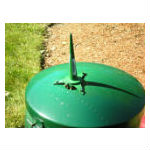 The technology, known as LoRaWAN (for Long Range wide-area networks), works in unlicensed spectrum and is optimized for low-power, low-bandwidth, long-distance transmission, according to IBM. LoRaWAN sensors typically can communicate over distances of about nine miles in semi-rural environments and more than 1.2 miles in dense urban environments, IBM said. Data rates range from 300 bps to 100 kbps and a typical sensor can run for least 10 years on a single double-A battery, according to the company. Long battery life is particularly important for M2M applications because sensors often are located in out-of-the-way areas that are difficult to reach.

Several operators outside the U.S. already have announced plans to deploy LoRaWAN technology in 2015, Kramp said. And in the U.S. a specialty network operator focused on M2M known as Senet already has deployed the technology.

Senet deployed the technology in the ISM band and uses it to support applications such as tracking fuel levels of propane and oil tanks at residences and businesses on both coasts.

LoRaWAN Architecture
“The LoRaWAN network architecture is typically laid out in a star-of-stars topology in which gateways are a transparent bridge relaying messages between end-devices and a central network server in the backend,” wrote Kramp. “Gateways are connected to the network server via standard IP connections, while end-devices use single-hop wireless communication to one or many gateways. All end-point communication is generally bi-directional, but [the technology] also supports operation such as multicast, enabling software upgrade over the air or other mass distribution messages to reduce the on-air communication time.”

IBM is one of several companies, including semiconductor maker Semtech, that have joined together to create the LoRa Alliance, a new association aimed at supporting and standardizing LoRaWAN technology.

IBM’s role in LoRaWAN technology is three-fold. The company made the LoRaWAN protocol open source for end-node development. The company also provides Long Range Signaling and Control (LRSC) software, the middleware that enables users to connect, manage and scale up to millions of devices. Additionally IBM’s Internet of Things Foundation cloud service can support LoRa applications.

Some telecom service providers already are doing considerable M2M business using their cellular networks. But I suspect the telcos will look closely at LoRaWAN as it would appear to be a less costly option than cellular that also could help conserve licensed spectrum for applications requiring higher bandwidth.