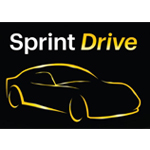 Sprint may be returning to a subsidized device pricing model for Sprint Drive, the company’s connected car offering. The company said it is offering a free wireless device that plugs into the car when customers sign up for a 24-month contract and qualifying data plan.

Details of the offer are somewhat sketchy, however, as the company notes that to get the free device customers must sign up for a 24-month installment plan, which normally implies that a device is being paid for over time. A quizzical footnote in the company’s press release reads “$0/month after $5/month service credit within two bills.”

Sprint did not immediately reply to a request from Telecompetitor for an explanation about the “free” offer, but we will publish an update whenever we hear back from them.

Sprint also notes that Sprint Drive “lets parents relax by allowing them to monitor their teen drivers with real-time tracking, follow a vehicle’s location and send an alert if their young driver goes beyond established boundaries.”

Other Connected Car Offerings
Sprint Drive is the latest connected car offering from Sprint. In 2013 the company launched a connected car platform targeting automakers – a strategy that some other wireless carriers, including AT&T and Verizon, also have used.

Carriers have big hopes for the connected car market, often citing it as a key growth area at a time when some see the traditional wireless market as having reached a saturation point.