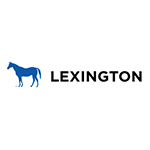 The network is expected to cost MetroNet at least $70 million to build and to begin serving some customers in 2018, according to local news outlet the Herald Ledger. There will be no cost to the city, according to that report.

The deal hinges on MetroNet receiving a franchise agreement with the city to provide video service in competition with two existing video providers, according to the Herald Ledger.

Largest U.S. Gigabit City
Lexington has a population of 318,449, not quite twice that of Chattanooga (population 167,674), which as of now is the only major city to have gigabit available to all residents. Some larger cities have gigabit service in some areas but not citywide.

Gray reportedly has been pushing to get gigabit service in Lexington as a means of attracting high-tech jobs to the city, which is home to several colleges and universities. The Chattanooga gigabit deployment had a strong positive impact on the local economy, attracting a range of new businesses.

“We are a university city with growing jobs and tech sectors and advanced industries that need to be connected to the world,” said Gray in announcing the MetroNet plans today in a video posted on the Herald Ledger website.

MetroNet apparently plans to build a fiber-to-the-home network in Lexington, as the company’s website touts the advantages of a “100% fiber network.”

The company got its start in 2005 and now operates in more than 25 communities, according to the website.

Pricing for gigabit service in Lexington was not revealed, but MetroNet currently charges $69.95 in other markets where broadband is available at that speed.