Home » Level 3: We Could Realize $17 Million in Special Access Savings from Just One Incumbent 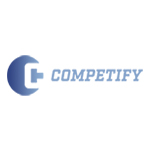 The data that the FCC has collected on the special access services will compel the commission to take steps to foster competition in that market, predicted members of Competify on a call with reporters today. Competify is an organization created to promote competition in the special access market. Members include carriers and carrier organizations such as Sprint, Level 3 Communications and Comptel, as well as end user and consumer groups such as the SHLB Coalition, the Ad Hoc Telecommunications Users Committee and Public Knowledge. The SHLB Coalition is the Schools, Health and Libraries Coalition. Representatives of all of those stakeholders participated on the call.

Noting that the data the FCC has collected about special access is very comprehensive, Comptel Chief Advocate and General Counsel Angie Kronenberg on today’s call said “We are confident [the data] will show that there is a significant problem.”

There’s a lot at stake for incumbent carriers and their components, as the FCC values the special access market at $40 billion.

FCC Special Access Oversight
Special access circuits are last-mile data connections that are purchased by carriers and enterprises. During the monopoly era, the FCC regulated pricing for these services, but when the telecom market was opened to competition, the commission deregulated areas where the incumbent carrier requested deregulation and provided evidence that wholesale and enterprise customers had competitive choices.

In 2012, however, the FCC said competition was not as strong as believed and ceased offering special access pricing flexibility in any new areas pending further review.

The review process included collecting volumes of data about special access pricing. The commission has not yet released an analysis of that data, but the data has been made available on a confidential basis to people who have gone through an approval process.

Colleen Boothby, counsel for the Ad Hoc Telecommunications Users Committee, pointed to an analysis from that organization that showed that purchasers of special access lines pay 10% to 25% higher prices than people in areas where prices are regulated.

Participants on the Competify call also argued against incumbent carrier agreements that include heavy penalties if customers cancel service before the end of a multi-year period.

Level 3 spends $103 million annually on special access circuits from a particular incumbent, noted Nick Alexander, associate general counsel of federal affairs for the company. If the company were not locked into long-term contracts, it would be able to purchase the same services for $86 million, realizing significant special access savings, Alexander said.

Several parties on today’s call also argued that long-term contracts act as a disincentive for competitive carriers to deploy new network infrastructure that might offer alternatives to purchasing service from the incumbents.

Boothby said she expects to see the FCC take action on special access within nine months – actions that could include maintaining FCC oversight of special access pricing and adopting rules to mitigate the impact of long-term contracts.

Boothby noted two steps that could be taken on long-term contracts. One would be to decrease the volume commitment required, which she said in some cases comprises 90% of a customer’s special access buy. Another would be to allow customers to count purchases of IP services toward their total volume commitment.

The Incumbents’ View
Incumbent carriers undoubtedly will put up a fight on special access.

Just last week CenturyLink sent a letter to the FCC arguing that competition in the special access market may be stronger than the commission’s special access data, collected in 2013, would suggest.

“Customers of all types and sizes increasingly migrate away from special access DS1 and DS3 services, as those services approach the end of their life cycle,” CenturyLink wrote. “In doing so, such customers find a wide array of alternative sources for Ethernet services.”

CenturyLink also argued that the FCC would face “significant hurdles” in imposing tighter oversight of the special access market. For example the commission would have to provide sufficient notice and opportunity for comment and compile a record “sufficient to justify this abrupt change in policy.”