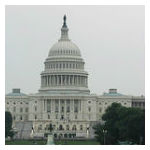 The House of Representatives has adopted legislation and a resolution targeting broadband for veterans and school-age children.

Broadband for Veterans
The bill is H.R. 6394, known as the Improving Broadband Access for Veterans Act of 2016.

Introduced by Rep. Jerry McNerney (D-California), the bill would require the FCC to submit a report to Congress about promoting broadband Internet access service for veterans, with a special focus on low-income veterans and veterans residing in rural areas.

The report would examine broadband Internet access options for veterans and provide findings and recommendations with regard to such access and how to promote it. In preparing the report, the FCC would be required to provide the public with notice and an opportunity to comment on broadband for veterans, with an emphasis on low-income veterans and veterans residing in rural areas and how to promote such access.

The report would be due within one year of enactment of the legislation.

Student Broadband Resolution
The resolution, H. Res. 939, was introduced by Rep. Peter Welch (D-Vermont). It argues that all students should have access to digital tools, including broadband, which are necessary to further their education and compete in today’s economy.

Leading up to that assertion are 13 “whereas” clauses, such as:

According to the resolution, there are 5 million households with school-age children in the U.S. that do not have high-speed Internet access at home. As a result, these children fall into a “homework gap,” the resolution states, referencing research showing that students have received lower grades and been unable to complete assignments because they did not have broadband at home.