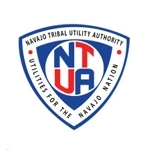 A relatively large broadband stimulus project in parts of Arizona, New Mexico and Utah is nearly operational. The network, which will serve Navajo tribal lands, is in its “final stages,” reports the Daily Times of Farmington, N.M. (via DSL Reports). The network will support a mixture of wireless and landline broadband services.

When Telecompetitor talked to ATN President and CEO Michael Prior two years ago, he said the wireless network on the Navajo lands would use spectrum licensed to Commnet and that Commnet would be able to minimize construction costs by leveraging some of its existing infrastructure.

According to the Daily Times, the project includes 550 miles of fiber optic cable and 32 new communications towers. In addition 27 existing towers were modified.

Service packages will start at about $28 a month and NTUA expects to begin taking orders “within the next few months” after conducting trials during “the next month or two,” the Daily Times said.

The project with NTUA is just one example of how Commnet is expanding beyond its traditional rural wireless roaming business. The company also was a winner in the FCC’s mobility auction, which will pay part of the costs of constructing networks in along rural roads in areas that cannot get 3G service today. The FCC used a reverse auction approach in awarding funding and Commnet won the funding under its Allied Wireless name.