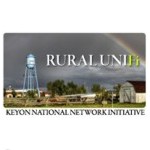 KeyOn Communications, which calls itself the largest broadband wireless provider focused on rural markets, undoubtedly was disappointed that it only won funding for one out of 16 applications that it filed with the Rural Utilities Service in the broadband stimulus program. But that $10.2 million award for a WiMax network in Nevada was one of the largest the RUS made for a wireless project, and KeyOn is wasting no time moving ahead with it, announcing today that it plans to use equipment from Alvarion in its deployment. That announcement should come as no surprise, considering that Alvarion already is a key supplier to KeyOn.

In making the stimulus application for Nevada, KeyOn had to submit information about pre-existing broadband network infrastructure in the target areas. As a result, KeyOn CEO Jonathan Snyder told investors on a conference call last week, “We have a good sense of the competitive landscape and hope for a good uptake.”

KeyOn, which operates a network covering 50,000 square miles in 12 states, also sees plenty of opportunity to continue its strategy of growth through acquisition. Since launching its UNIFi consolidation program in 2009, the company has acquired and integrated six companies, Snyder said, adding that those acquisitions were in addition to four made prior to formalizing the UNIFi program.

“What we do well is using our network management [system] to mitigate integration risk,” said Snyder. “We have grown subscribers 30% through the program and have grown revenues at a similar rate.”

There certainly seems to be plenty more room for consolidation in the broadband wireless market. Snyder estimated that there are between 2,000 and 3,000 small broadband wireless networks in the U.S. Of these, he said KeyOn has identified 300 active targets with a total of 40,000 subscribers, which KeyOn could run “more effectively” by “integrating their towers and customer base.” Using that approach, Snyder said, KeyOn “can generate economies of scale.”

An outside observer could make the argument that KeyOn will be able to concentrate more intensely on its core competency of acquiring broadband providers now that the company will be less involved than it might otherwise have been in meeting broadband stimulus build-out timelines and requirements.

WISPs Face a Few More Hurdles Before They Can Use the 5.9 GHz Band