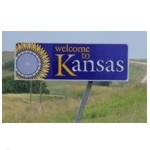 Kansas has a lot of broadband stimulus money to spend and the Governor wants to make sure it’s put to good use. Kansas Governor Mark Parkinson has established the Kansas Broadband Advisory Task Force, a broad-based, 24-member advisory group whose mission is to develop strategy and help implement the state’s Connect Kansas broadband Internet initiative.

In line with the 2010 National Broadband Plan, the task force is to collect input and coordinate activities of key stakeholders in the public and private sectors as they seek to expand broadband access and create a “robust and growing digital economy.”

“Access to broadband services is essential in supporting our communities and furthering economic development,” Gov. Parkinson was quoted as saying in a news release.“Whether you’re searching for a job, looking to enhance your education or accessing healthcare technologies, broadband is becoming the standard of Internet communications nationwide. I am pleased to form this task force that will help bring broadband access to all corners of Kansas and enhance economic opportunities for our state.”

Funded primarily by the federal American Recovery and Reinvestment Act of 2010, the results of one Connect Kansas initiative is expected to be released in the next few weeks: a state-wide broadband mapping tool dubbed Broadband Stat. Broadband Stat will be used by the task force to create a broadband strategy for infrastructure improvements and to expand broadband access to underserved communities, both of which are also goals of the federal broadband stimulus program.