Wireless Satisfaction
The key is creating the perception to subscribers that they are being treated with speed and respect. An example is the finding that satisfaction levels of respondents who strongly or somewhat agree that a lot of effort is required to speak with a live customer service representative have a much lower satisfaction level than those who somewhat or strongly disagree with that assessment (642 versus 852 points). 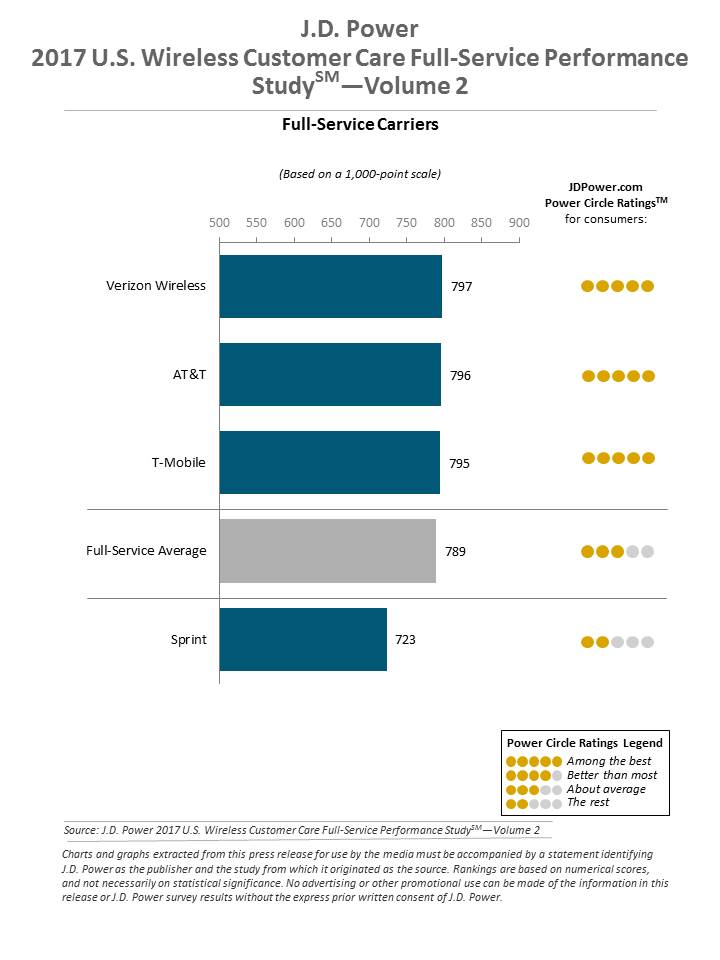 Customer telephone hold time is another area in which perceptions are formed. J.D. Power found that people who approve of the treatment they are getting have average hold times of 4.8 minutes and spend a total of 8.1 minutes on the entire call. Those who have a strong or somewhat negative impression were on hold for an average of 10.6 minutes and spent 21.1 minutes on the line.

A third important element is solving problems on the first try. First-contact resolution was experienced by 85 percent of respondents who strongly or somewhat disagree with the idea that finding solutions to problems required a lot of effort.

The bottom line is that it is very important to make customers happy. “Nobody wants to spend a lot of time trying to deal with an issue they shouldn’t have had in the first place, and with wireless providers getting so competitive about pricing, coupled with the migration from the two-year contract, there are too many options for customers to stay in bad wireless relationships,” said Peter Cunningham, the Technology, Media & Telecommunications practice lead at J.D. Power, in the press release. “Customers believe carriers have a ways to go when it comes to reducing the amount of effort involved in problem resolution. But, if carriers focus on it, they will likely see churn decrease and profits increase. In particular, carriers should emphasize enhancing issue resolution via social media.”