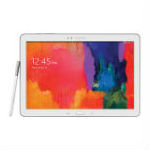 Tablet users’ desire for ¨always-on¨ network connectivity resulted in rising sales of tablets with mobile data plans, according to the J.D. Power 2015 U.S. Tablet Satisfaction Study, Volume 2. Satisfaction among these tablet users is on the rise as well, registering higher than those with Wi-Fi-only connections.

Measuring customer satisfaction with tablets based on a weighted average of five factors, satisfaction among those with mobile data plans totaled 833. Satisfaction among tablet users with Wi-Fi-only connections totaled 807, a difference of 26 index points, up from 22 in a similar study in 2014, J.D. Power highlights in an October 29 press release.

Amazon and Apple tied for a second-place ranking with an 825 J.D. Power score. Amazon scored high on the cost factor, while Apple performed well on ease of use and performance factors.

In addition, tablet users with mobile data plans use their devices more frequently, which is associated with higher satisfaction. J.D. Power found that that 17 percent stream a full-length movie every day as compared to just 4 percent of those without mobile data plans.

Satisfaction among those that streamed movies daily also was higher than for those who did not – 890 vs. 808, respectively.

“The convenience of being continuously connected is a key driver of satisfaction among tablet owners with data plans,” Kirk Parsons, senior director and technology, media & telecom practice leader at J.D. Power. “Wireless providers benefit by leveraging the convenience of being connected nearly anywhere at any time, as customer spending rises when they purchase a data plan-enabled tablet, and customers benefit by having a satisfying tablet experience. When customers are satisfied, they are more likely to recommend their tablet brand to their friends and family.”