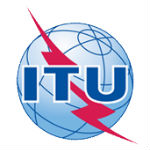 South Korea ranks as the world’s most advanced nation in terms of ICT economy, the ITU found. Four Nordic countries followed in the following order: Sweden, Denmark, Iceland and Finland. Moreover eight of the world’s top ICT economies are in Europe. Two Asia-Pacific countries–Japan, along with South Korea—rounded out this year’s top 10.

The top 30 ranked ICT economies are all in high-income countries, highlighting the link between income levels and ICT, ITU points out. ITU’s ICT Development Index (IDI) ranks 155 countries according to their level of ICT access, use and skills, and compares 2010 and 2011 scores, a press release explains.

The ITU’s 2012 flagship ICT report also identifies those countries that have made the most progress on ICT development this year. Most are in the developing world, which indicates progress on closing the “digital divide.” Among these are Bahrain, Brazil, Ghana, Kenya, Rwanda and Saudi Arabia.

“The past year has seen continued and almost universal growth in ICT uptake. The surge in numbers of mobile-broadband subscriptions in developing countries has brought the Internet to a multitude of new users,” said Brahima Sanou, Director of ITU’s Telecommunication Development Bureau, which produces the annual report.

“But despite the downward trend, prices remain relatively high in many low-income countries. For mobile broadband to replicate the mobile-cellular miracle and bring more people from developing countries online, 3G network coverage has to be extended and prices have to go down even further.”

The ICT sector has become an economic growth engine with ongoing development and growth in the market globally, ITU’s report continues. Global exports of ICT goods made up 12% of world merchandise trade, and as much as 20% in developing countries in 2010.

Developing country markets are driving ICT growth. Both telecom revenues and investment grew 22% in developing countries even over the course of the global recession between 2007 and 2010, ITU notes, “whereas revenues stagnated in developed countries.”

Nine of the top 20 telecom markets worldwide in terms of revenues were developing country markets as of end-2010. These include Brazil, China, India and Mexico, with developing countries as a whole accounting for 35% of global telecom revenue. Further gains could be made given higher levels of investment to further expand infrastructure, which remains limited, according to the ITU’s report.

“ITU’s Measuring the Information Society report is the most comprehensive statistical and analytical report on the shape of ICT markets worldwide. Our reputation as a wholly impartial and reliable source of ICT market statistics makes this report the annual industry benchmark for technology development,” noted ITU Secretary-General Dr Hamadoun I. Touré.