Home » Is There Any Hope for Video? 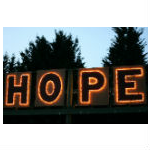 Last week, I attended the Independent Show, which is the main tradeshow for smaller, independent and often rural cable providers. The show is jointly produced by the National Cable Television Cooperative  and the American Cable Association. It’s a great show, which really does give you the pulse of the independent cable industry.

A recurring theme that I often hear from IPTV providers, who typically are telcos, was also very present at this show with these cable companies. It refers to the business challenges behind offering video services. To be quite blunt, the recurring theme I hear is the “video business sucks.” That is, it’s a profit margin challenged business – to say the least.

Rightly or wrongly, much of the blame for these margin challenges is put upon the cost of programming – both cable network programming and local broadcast (in the form of retransmission fees). Both of these fee types are spiraling upward, with no end in sight.

Speaker after speaker at the Independent Show highlighted how these spiraling programming costs basically make video as a product, unprofitable. If not for broadband, voice in many cases, and business services in some cases, many independent cable companies would not survive, they argue. In fact many haven’t survived.

The cost of programming argument is the exact same argument I hear from telcos, who feel the need to offer video via IPTV for two reasons – 1) to remain competitive, often with cable providers, and 2) to generate enough ARPU to justify significant investment in their broadband networks.

Perhaps video will be forever relegated to a classic loss leader. Use it as tool to upsell your more profitable services and hope it doesn’t drag you down in the process. Or will the system simply break (or be disrupted) – many argue it’s unsustainable – with a more reasonable and perhaps profitable model as a result. Let the debate continue!

11 thoughts on “Is There Any Hope for Video?”