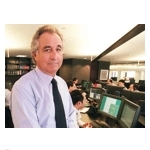 Some Clearwire ‘natives are restless’ and they’re not going to take it anymore. A class action lawsuit has been filed against Clearwire, claiming they are throttling their WiMAX broadband service down to dial up speeds and then making unhappy customers pay an early termination fee to leave. The lawsuit accuses the carrier of breach of contract.

Aol’s Wallet Pop reports (by way of BroadbandReports.com) that the suit makes a ponzi scheme analogy. “Clearwire’s practice is akin to a bandwidth Ponzi scheme in the sense that Clearwire advertises and sells a service, knowing in advance that there is no way it can provide such service on an ongoing basis — i.e., Clearwire sells subscriptions prior to build-out of sufficient infrastructure to support the “High Speed Internet” it advertises,” the class-action alleged. If true, would it make Bernie Madoff proud?

Plaintiffs argue that when customers complain and want to cancel their service because of their claim of poor network performance, they are faced with paying an early termination fee. The lawsuit, which has class action status for former and current Clearwire subscribers, demands that the company cease its practices and refund subscription and termination fees.

The Kirkland, Wash. based Clearwire is busily building out a nationwide 4G WiMAX network and partners with Sprint and several cable MSOs. They are in somewhat of a precarious position right now, as the leading North American WiMAX operator in a 4G world which increasingly sees LTE as the preferred technology path. They are also having somewhat of a rocky relationship with their majority owner, Sprint, who is sending signals that they may be going in different 4G directions.

The ponzi scheme accusation certainly can’t help Clearwire’s situation, but in Clearwire’s drama pecking order, this lawsuit is probably the least of their problems.