Home » Is Canada’s Broadband Plan More Ambitious Than The FCC’s? 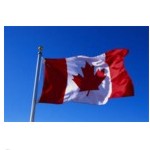 Canada’s telecom regulator CRTC has set a plan in place to achieve nationwide broadband deployment that has some striking similarities to efforts in the US—as well as some key differences.

As Telegeography reports, Canada’s minimum broadband speed target is a bit higher than what the FCC has proposed for the U.S.—5 Mb/s instead of 4 Mb/s. Our northern neighbors also aim to get to their target sooner, setting a deadline of year-end 2015—five years earlier than the date proposed for the U.S. in the FCC’s National Broadband Plan.

Canada’s plan appears even more ambitious if you take into account the fact that the country has a higher percentage of people who cannot currently get the minimum speed target—about 20% compared with fewer than 10% in the U.S.

As in the U.S. the Canadian regulator plans to phase out subsidies for residential basic local voice services in rural and remote regions —at least for large phone companies. But here, too, the Canadians hope to act more quickly—setting a target date of 2013 to phase out the subsidies.

The focus on a phase-out for large companies is also a departure from what is proposed in the U.S., where regulators are looking to shift subsidies away from areas served by small rural telcos toward areas served by larger price cap carriers. The CRTC plans to allow existing subsidies received by smaller regional incumbent telcos to remain in place until competitive services are available to at least 75% of the population in a serving area.

To compensate for the phase-out of subsidies, the CRTC plans to allow operators to gradually increase line fees over the same period to a maximum of just over $30 U.S. per month. That would appear to be a logical move, considering that cable companies have demonstrated that the market will bear pricing in that range for voice service. The FCC, however, is still debating whether to make a similar move in the U.S.

The Telegeography article didn’t discuss what the CRTC expects its broadband targets to cost. Perhaps that number has not yet been calculated. The article did say that the target would be reached “through a combination of private investments, targeted government funding and public-private partnerships” but did not provide specifics. It is possible that the CRTC is still resolving details there as well.