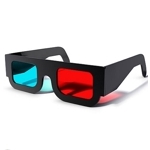 In case you’ve been under a rock for the past six months, 3D TV is the newest hype kid on the block for video and entertainment services. Recent 3D TV coverage of the Masters Golf Tournament by several players, including Comcast and Time Warner helped fuel the 3D TV hype machine. Mari Sibley blogs on mediaexperiences2go about a new Motorola 3D microsite, offering a good overview of the technology.

Other recent 3D TV news of note is the June launch of ESPN’s 3D channel, which will be carried by DirecTV. Verizon has made its 3D plans known and both Panasonic and Samsung (I’m sure there are others) have 3D TV sets on the market today.

So where’s all of this headed? Well if you believe market research from Informa Telecoms & Media, 3D TV will be in 1.6% of television homes by 2015. That’s about 20 million homes worldwide. By Informa’s estimation, North America will lead the way in terms of number of 3D TV homes with 9.2 million by 2015, followed by Europe with 6.8 million, and Asia bringing up the rear with 4.6 million.

Of course this data can’t confirm how many of these homes will actually subscribe to 3D services. Will we see a repeat of early HD days where a significant number of subscribers think they’re watching 3D TV simply because they have a 3D TV capable set, it’s plugged in, and they put on those silly glasses?

By these measures, it’s hard to validate the statement that 3D is the new HD. 3D content availability is few and far between and will be for a while. Additionally, a global market penetration of less than 2% in five years doesn’t exactly get people fired up. It appears as if mainstream 3D is several years, maybe a decade or so away, and HD will be king for many years to come. But that doesn’t mean 3D planning isn’t a good idea. Stay tuned.