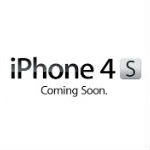 The iPhone has come to epitomize the exclusive handset regime that is the bane of smaller, regional, and rural wireless carriers. Tier 1 national carriers gain exclusive rights to the hottest handsets and leverage them for competitive advantage. Four years after the launch of the first iPhone on AT&T, it will finally make it to a carrier that is not one of the big four national tier 1 carriers.

C Spire (formerly Cellular South) announced today they will soon launch the new iPhone 4S. They offered few details on exactly when, just saying “in the coming weeks.” Does this C Spire development mean the iPhone will make it to even smaller rural wireless providers?

Now that the iPhone comes in both GSM and CDMA versions, one would think the options should expand for all. But maybe this is a classic case of be careful what you ask for.

If the deal that brought the iPhone to Sprint is any indication of what smaller carriers will need to accept, they may want to pass. It’s widely reported that Sprint had to commit to 30 million iPhone sales to the tune of a $20 billion commitment to get that access, leading some anaysts to ask whether Sprint ‘bet’ the whole company on the iPhone. Did C Spire have to do a similar, albeit proportional to their market reach, deal?

One thought on “iPhone Finally Makes It to Smaller, Regional Carrier”